September 11, 2016 - Patriot Day, observed as the National Day of Service and Remembrance 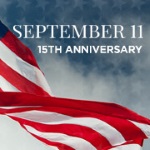 “More than a decade later, the world we live in is forever changed. But as we mark the anniversary of September 11, we remember what remains the same: our character as a Nation, our faith in one another, and our legacy as a country strengthened by service and selflessness.“

To find opportunities to serve during this year’s National Day of Service and Remembrance, look for projects using the "Find Volunteer Opportunities" tool, or, find toolkits and other resources to organize a service project on the Corporation for National & Community Service’s website.

December 18, 2001, President George W. Bush signed Resolution 71 into law (Public Law 107-89) designating September 11 of each year as Patriot Day, remembering those who lost their lives in the terrorist attacks.

September 10, 2012, President Obama issued a proclamation renaming September 11 as “Patriot Day and National Day of Service and Remembrance.” This was in reference to both Public Laws 107-89 and 111-13.