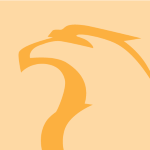 The govinfo team has been very productive over the past few months. We transitioned to 100 percent telework in mid-March, making this is our first “fully virtual” release cycle. In addition to routine software updates and security enhancements, the July release focused primarily on two of our FY20 priorities: performing a major technology refresh and increasing our automated testing capabilities. The additional system changes in this release cover a range of search and display enhancements along with improvements to the repository.

As we close out FY20, we plan to upgrade key system components, implement additional system enhancements, and create our roadmap for FY21.

Below are highlights from the 66 individually tracked changes in this release, but first, a glance at top searches, new content, and feature articles since our last Release Notes in March.

New Content
Received more than 49,000 content packages (a package is roughly equivalent to one bound printed document) for submission to the system. Notable submissions include more than 10,000 Railroad Retirement Board documents, the Senate Journal for the 2nd session of 115th Congress, Statutes at Large Volume 127, and the Mid-Session Budget Review.

Feature Articles
Nine articles were featured including an update to Federal Appropriations,  National Ice Cream Day, Launch America, and an update to the Flag Day article.

Technology Refresh
This time consuming and labor-intensive effort was a key priority for FY20 and involved a complete system hardware and storage refresh including moving to a completely virtualized server infrastructure, upgrading operating systems and applications, and conducting comprehensive performance and regression testing.

To appreciate the magnitude of the scope and scale of this activity, imagine we're talking, instead, about a house. While a typical govinfo feature or enhancement would be akin to adding a new sofa, rearranging a room, or even remodeling a kitchen; this effort was on the scale of replacing the foundation, the structural walls, the plumbing, and the electricity in the house with newer, more efficient versions, while ensuring nothing was lost in the process, and everything is put back in its place. It was a major undertaking, but the benefits include an increase in application performance and a hardware footprint that was reduced by more than two-thirds.

Automated Testing
The process of automating manual testing has been a top priority due to the numerous benefits it provides. This includes, but is not limited to, improved quality and consistency in functional and regression testing and enhanced precision in identifying test failures earlier in the development cycle. Development time is also reduced which allows for the prioritization and increased frequency of functional user improvements.

Significant progress was made in this release to expand automated testing with the addition of 784 individual web test cases (a 50 percent increase), migration to a new automated testing framework, and improved reporting functionality for existing tests. The new framework will serve as the foundation for improved delivery and includes a visual regression testing tool to ensure consistent site design across changes and devices.

Search and Display Enhancements
Please note that some system changes may require content to be reprocessed or republished for the updates to take effect and this will be completed over a period of time.

Other Minor Fixes and Improvements

About Release Notes – Changes to govinfo components are made through code deployments on a quarterly release cycle. Release Notes are published after each deployment to highlight the changes. This includes updates about content, features, enhancements, bug fixes, and more. Read previous editions of Release Notes.