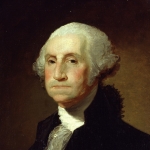 In the late 1870s, Senator Steven Wallace Dorsey proposed the idea of adding Washington's birth date, February 22, to the four existing bank holidays previously approved in 1870. Signed into law January 31, 1879, by President Rutherford B. Hayes, the law was implemented in 1880 and applied only to District federal workers. Washington's Birthday had become the first Federal holiday to single out an individual's birth date, and the honor lasted for less than a century. In 1968, Congress passed the Uniform Monday Holiday Bill which moved a number of Federal holidays to Mondays. In 1971, with the implementation of the Uniform Monday Holiday Law (82 Stat. 250 ), the third Monday in February became the date on which Washington's Birthday is celebrated. Some reformers had wanted to change the name of the holiday as well to Presidents' Day, in honor of both Lincoln and Washington, but that proposal was rejected by Congress and the holiday remained officially Washington's Birthday. While the name change has never been authorized by Congress, it has gained a strong hold on the public consciousness to honor all U.S. Presidents, and is generally used on calendars, in advertising, and even by many government agencies. (Source: National Archives )

”Washington did not publicly deliver his Farewell Address. It first appeared on September 19, 1796, in the Philadelphia Daily American Advertiser and then in papers around the country. In January 1862, with the Constitution endangered by civil war, a thousand citizens of Philadelphia petitioned Congress to commemorate the forthcoming 130th anniversary of George Washington’s birth by providing that “the Farewell Address of Washington be read aloud on the morning of that day in one or the other of the Houses of Congress.” Both houses agreed and assembled in the House of Representatives’ chamber on February 22, 1862, where Secretary of the Senate John W. Forney “rendered ‘The Farewell Address’ very effectively,” as one observer recalled.“

Explore govinfo for other documents related to the U.S. Presidents: