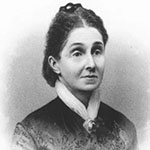 Featured Content March 2, 2020 – A time to recognize the strides women have made in fighting for equality

This brief historic timeline, adapted from the National Archives' Women's Rights Timeline, outlines some of the most important moments in advancing women’s rights, as well as noteworthy legislation, some that succeeded, and some that failed, in United States history.

Women’s History Month is a time to “join in commemorating and encouraging the study, observance and celebration of the vital role of women in American history.”

January 10, 1878 – An Amendment granting women the right to vote is introduced in Congress by Senator A.A. Sargent of California. The amendment doesn’t pass until 1920, 42 years later. See page 248 of 7 Cong. Rec. (Bound) in which the Amendment was first introduced.

August 24, 1920 – Tennessee becomes the 36th state to ratify the 19th amendment. This makes for a ¾ agreement by the states, and granted women the right to vote.

January 12, 1932 – Hattie Wyatt Caraway of Arkansas becomes the first woman to be elected to the U.S. Senate.

June 19, 1944 – Representative Winifred Stanley introduces a bill that proposes employers be required to pay women equal pay for equal work. The bill does not pass. See her proposed legislation on page 55 of the 90 Cong. Rec. (Bound).

June 23, 1972 – Education Amendments of 1972, 86 Stat.235, are enacted, prohibiting discrimination on the basis of sex in any federally funded education program or activity.

February 5, 1993 – The Family and Medical Leave Act* is enacted to balance the demands of the workplace with the needs of families and to promote the stability and economic security of families. It also allows employees to take reasonable leave for medical reasons, for the birth or adoption of a child, and for the care of a child, spouse, or parent who has a serious health condition.

September 13, 1994 – The Violence Against Women Act of 1994 (VAWA)* becomes law. VAWA is the first comprehensive federal legislative package designed to end violence against women. It includes provisions on rape and battering that focused on prevention, funding for victim services and evidentiary matters.

*Asterisks indicate links to a Statute Compilation. This is a compilation of the public law, as amended, is an unofficial document and should not be cited as legal evidence of the law. Learn more.