Susan B. Anthony, Icon of the Women's Suffrage Movement 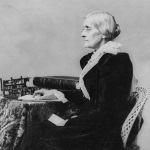 “It is fifty-one years since we first met, and we have been busy through every one of them, stirring up the world to recognize the rights of women."

Anthony was born in 1820 near Adams, Massachusetts to a family of Quakers. At an early age, she was already aware of injustices witnessing her father’s refusal to purchase cotton from slave labor. As a teacher, she noticed that she was paid a fraction of her male counterparts. "Anthony’s experience with the teacher’s union, temperance and antislavery reforms, and Quaker upbringing, laid fertile ground for a career in women’s rights reform to grow." (NPS)

During the Civil War and the years that lead up to it, there was some strife as the suffragists were told to put their crusade aside since enslaved individuals were worse off than privileged white women. Anthony conceded that point, but reminded everyone that half the slaves were also women. This sentiment was echoed by former slave and women’s rights activist Sojourner Truth. Anthony helped fugitive slaves escape and held an anti-slavery rally. She and Stanton gathered signatures to pass the 13th Amendment to the U.S. Constitution formally abolishing slavery. In 1870, the passage of the 15th Amendment of the U.S. Constitution caused additional rifts because it eliminated voting restrictions due to race or color, but not gender.

Despite the setback, Anthony and Stanton continued to speak out for women’s rights. Anthony "envisioned a Nation where women helped make the laws and elect the lawmakers. She envisioned a Nation that protected the rights and privileges of all Americans, regardless of skin color, sex, or any other physical characteristics." (whitehouse.gov) Anthony lived in Washington, DC, meeting regularly with Congressmen and traveling around the country giving talks. Some of the states and U.S. territories were already giving women more rights including voting, property rights, running for office, and serving on juries. 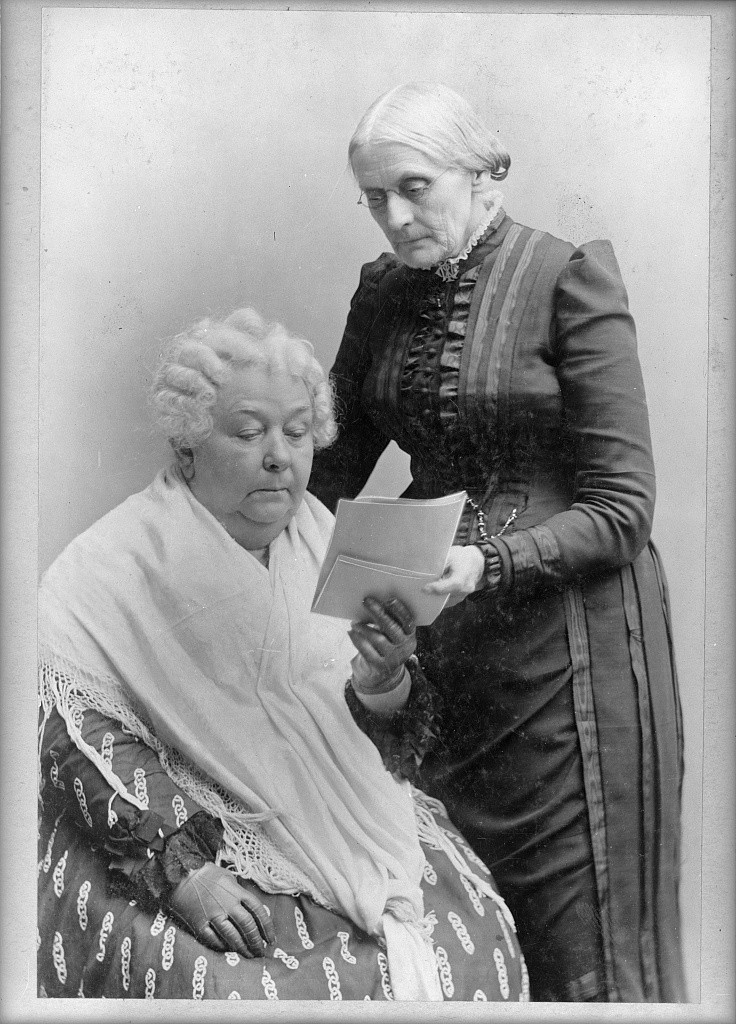 With other activists, Stanton and Anthony formed the National Woman Suffrage Association. In November 1872, Anthony and other women registered as voters. Ironically, she expected to be denied registration as this had been the case for most other women who tried. On November 5, she cast her ballot and there was no uproar. A few weeks later, she was arrested. At her trial in Canandaigua, New York on June 17, 1873, Anthony was found guilty by a jury of twelve men and fined $100. She challenged the judge to hold her in custody until she paid the fine; he never did knowing this would enable her to take her case to the Supreme Court. Anthony never paid the fine. (NPS)

Susan B. Anthony saw several improvements to the lives of women: more women were going to college, controlling their own property, getting better job opportunities, and leaving abusive husbands. After her death in 1906 in Rochester, New York, the suffragists’ momentum continued. Once New York State gave women the right to vote in 1917, President Woodrow Wilson supported a constitutional amendment. In 1920, the 19th Amendment to the U.S. Constitution: Women’s Right to Vote passed the House and Senate. The 19th Amendment became known as the Susan B. Anthony Amendment.

Joint resolution expressing the sense of Congress with respect to the women suffragists who fought for and won the right of women to vote in the United States - 119 Stat. 457

Constitution of the United States of America: Analysis and Interpretation

The following are from the Constitution Annotated Centennial Edition Interim Edition: Analysis of Cases Decided by the Supreme Court of the United States to August 26, 2017, S. Doc. 112-9.