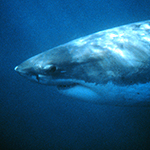 Shark finning is a process of removing shark fins at sea and discarding the rest of the shark and has been prohibited by federal law since 2000 when the Shark Finning Prohibition Act of 2000 prohibited engaging in the finning of sharks and possessing shark fins in certain cases, and required NOAA to provide Congress with annual reports on implementation of the Act.

"Every year, it is estimated fins from as many as 70 million sharks end up in the global shark fin trade. Shark finning is pushing some species of sharks to the brink of extinction. With this bipartisan measure, America can become a global leader by shutting down the domestic market for shark fins."

On March 9, 2017, U.S. Representatives Ed Royce, Chairman of the House Foreign Affairs Committee, and Gregorio Kilili Camacho Sablan introduced the Shark Fin Sales Elimination Act to make the possession, sale, and purchase of shark fins illegal acts in the U.S. The Senate version of the bill was introduced on March 30, 2017, sponsored by Senator Cory Booker.