Anniversary of the Appointment of the First Female U.S. Ambassador 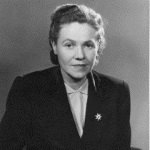 Helen Eugenie Moore Anderson, known as Eugenie, was one of the nation’s female trailblazers in the field of U.S. international affairs. Born and raised in Iowa, Eugenie went on to study music at several institutions including Juilliard in New York City with plans to become a concert pianist. A visit to Germany in 1937 sparked her interest in international affairs. In 1938, she joined the League of Woman Voters, in 1944 helped form the Democratic-Farmer-Labor (DFL), and in 1948, she became a delegate-at-large at the National Democratic Convention. Her appointment by President Truman in 1949 as the U. S. Ambassador to Denmark, made her the first American woman to serve as the chief for a mission abroad with the title of Ambassador. 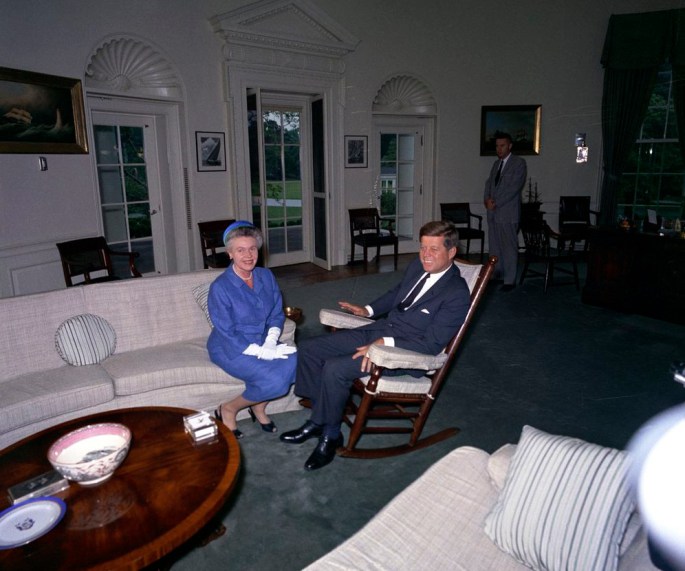 Overcoming obstacles of sexism in the American press and the U.S. Foreign Service, Eugenie was able to accomplish key diplomatic goals. Helping to draft and putting her signature on the Treaty of Commerce and Friendship, made her the first woman to sign a treaty. In 1962, under President John F. Kennedy’s administration, she became the U.S. Minister to Bulgaria where she negotiated the successful U.S.-Bulgarian Financial Agreement in 1963, then resigning in 1964 under President Johnson. A year later, Anderson was appointed as an ambassador to the U.S. delegation to the United Nations and became the first woman to sit on the Security Council. From 1965 – 1968 she accepted several appointments as part of the official U.S. delegation to the United Nations. She officially retired in 1968, but continued her political campaigning for several years thereafter. Anderson died March 31,1997, in Red Wing, Minnesota.
(Sources: National Archives , U.S. Embassy of Denmark )

108 Cong. Rec. (Bound) - House of Representatives: May 28, 1962 (Senate Confirmation to be Envoy Extraordinary and Minister Plenipotentiary of the United States of America to Bulgaria)
PDF Details

112 Cong. Rec. (Bound) - Extensions of Remarks: September 16, 1966 (Senate Confirmation as an Alternate Representative of the U.S. to the 21st session of the General Assembly of the United Nations) - A list of executive nominations confirmed by the Senate September 16 (legislative day of September 7), 1966
PDF Details