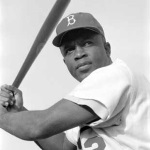 February is Black History Month, a time to observe the achievements of African Americans – from civil rights to science to politics to music and beyond – in U.S. History. Check out the below facts found in excerpts in Presidential remarks, Congressional Records, and Resolutions on govinfo to help us remember some of the African Americans who helped shape our country. Click on the links to learn even more about the adversity these heroes overcame and their incredible contributions.

1. December 1 wasn’t the first time Rosa Parks refused to give up her seat

According to the Congressional Record on October 26, 2005, in a previous incident, Parks refused to give up her seat, but was ordered off the bus and never arrested. December 1, 1955, was the second time Parks refused to move from her seat, resulting in her arrest and sparking a 381-day boycott of the Montgomery bus system. Read more about the life of Rosa Parks on govinfo.

According to the Congressional Record on April 15, 1997, opposing baseball players tried to spike Robinson on the head and pitchers regularly threw balls near his head. Even some of his own teammates asked to be traded when they learned he was being called up from the minors. Read more about the life of Jackie Robinson on govinfo.

3. Shirley Anita Chisholm was the first Black woman to be elected to Congress

According to a Resolution from 2001, Chisholm was never afraid to speak out on any issue she felt adverse to. An inspiration to all women, she was the first Black woman to be elected to the U.S. House of Representatives as a Democrat in 1968 and was the first Black woman to seek the bid for the Democratic presidential nomination in 1972. Read more about Shirley Anita Chisholm on govinfo.

4. Dr. George Washington Carver was born to a slave mother and didn’t obtain a high school education until his late twenties

In his remarks for Dr. George Washington Carver National Recognition Day, President Clinton noted that Carver applied the almost magical possibilities of chemistry to the fields and farms of the South. He created 300 useful products from peanuts and more than 100 from sweet potatoes, spawning numerous industries. He helped save the South’s depleted soils. And he liberated the South from its reliance on cotton.

5. Dr. Maya Angelou worked at a hamburger joint before becoming a writer, director, playwright, and poet

A 2014 Congressional Record states that Dr. Maya Angelou rose from the bottom of society, working at a hamburger joint as well as a mechanic’s shop where she took paint off cars with her hands. Read more about the life of Dr. Maya Angelou below.

6. As a 16-year old orphan, Ray Charles used what little money he had to move to Seattle, WA, and form a jazz group

A 2004 Congressional Record states “A young Charles began losing his sight at infancy and was clinically blind by the age of 7. Two years prior his brother had accidentally drowned, and by age 15, Charles lost both parents and had no immediate family. Alone, sad, and orphaned, Ray Charles went to live with friends of his mother, nearly 200 miles away from home, in Jacksonville, FL. Charles lived in Jacksonville for a year developing his talent as a musician before moving to Orlando, supporting himself, a 16-year-old orphan, with only his seemingly dauntless optimism to help him along.” Learn more about Ray Charles below.

A 2017 Congressional Record states that she was accepted into NASA’s astronaut program in 1987, providing launch support and assistance until her space mission aboard the Space Shuttle Endeavor in September 1992. During her mission, Dr. Jemison conducted scientific experiments on bone cell research and the effects of weightlessness on the human body, which contributed to advancements in our understanding of life sciences. See the link below for more on this remarkable woman.

PDF   163 Cong. Rec. E728 - IN RECOGNITION OF MAE JEMISON FOR HER OUTSTANDING ACHIEVEMENTS AS AN ASTRONAUT AND SCIENTIST

8. Dr. Carter G. Woodson, known as the “Father of Black History” often read to his fellow coal miners who were illiterate

Dr. Woodson and his older brother Robert Henry Woodson took jobs working in the West Virginia coalfields of Fayette County. Here, Dr. Woodson, who had not yet attended high school, often read to his fellow coal miners who were illiterate, as he also did for his illiterate father. The collection of books and newspapers he accumulated for this task broadened his horizons about the world. Read more about Dr. Woodson below.

9. Madam C.J. Walker built a factory on land she purchased to manufacture her line of cosmetic products

A 2010 Resolution states that in 1910, Madam C.J. Walker built a factory on land she bought in Indianapolis, Indiana, to manufacture her line of cosmetic products, a historic achievement for a Black businessperson of that time. Walker was committed to employing women in all aspects of her business, training well over 1,000 agents across the Nation and fostering the entry of Black women into the business world.

10. During his lifetime, Percy Julian received more than 100 chemical patents

According to a 2007 Congressional Record, Percy Julian proved himself to be a brilliant chemist. Among his many patents, the most notable are—a foam fire retardant, a treatment for glaucoma and a low-cost process to produce cortisone. His innovative approach to chemistry helped to make essential medicines more accessible to millions. Read more about Percy Julian and his influential son, who helped to make the civil rights laws passed in the Martin Luther King, Jr. era tools for justice, on govinfo.