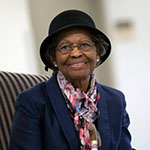 February is Black History Month, and we invite you to join us in observing the achievements of African Americans in U.S. history. This year we spotlight five African American trailblazers you may not be as familiar with, who made contributions and brought attention to the need for representation, identity and diversity for African Americans. Their contributions are included in excerpts of the Congressional Record on govinfo. Visit the links to read more.


John H. Sengstacke – Owner and publisher of the largest chain of African American oriented newspapers, Sengstacke was a civil rights activist, and in 1940 founded the National Newspaper Publishers Association to help unify and strengthen African American owned papers. In a tribute to him in the Congressional Record Volume 143, Issue 76 (June 5, 1997), it is stated that “John Sengstacke made African American journalism a potent force in journalism, as well as social and political change in the United States. Through his coverage of and participation in the major civil rights issues of his day, Mr. Sengstacke created opportunities for hundreds of thousands of Americans. During the Roosevelt administration, he became the first African-American journalist to gain press credentials to cover the White House. He was a war correspondent in Europe during World War II and played an influential role in integrating the Armed Forces by convincing Eleanor Roosevelt to visit the Tuskegee Institute, leading to the establishment of the Tuskegee Airmen.”

Claudette Colvin – In 1955, as a teenager, Ms. Colvin was arrested nine months before Rosa Parks for her act of peaceful resistance by refusing to give up her seat to a white passenger on a bus. She was also one of four plaintiffs in Brown v. Gayle seeking equal rights in the Montgomery, Alabama busing system. The case went to the Supreme Court where they won, creating a huge victory in the Civil Rights movement. Read a tribute honoring Ms. Colvin for her bravery that day in the Congressional Record Volume 162, Issue 30 (February 25, 2016).

Dr. Gladys West – As a mathematician, Dr. West was inducted into the Air Force Space and Missile Pioneers Hall of Fame for her contributions in the creation of the Global Positioning System (GPS). She was also part of the "Hidden Figures" team who did computing for the U.S. Military before the era of electronic systems. In the Congressional Record Volume 166, Issue 41 (March 2, 2020), Trenon Blake Townes stated in his winning Black History Month essay: What Black History Month Means to Me, “Black history month means to me that I can help the advancement of the world like Dr. Gladys West who is a mathematician who grew up locally in Sutherland VA and helped with the technology used to create the GPS systems everyone uses today.”

Reverend Leon Sullivan – As the longtime pastor of Zion Baptist church in Philadelphia, Reverend Sullivan was determined to assist those economically and socially disadvantaged. In 1964, he founded the Opportunities Industrialization Center (OIC) to provide job skills and training. In 1969 the OIC International was created providing services on a global scale. In a tribute honoring Reverend Sullivan in the Congressional Record Volume 147, Issue 57 (May 1, 2001), it is stated “Before he moved into the international arena, the Rev. Mr. Sullivan fought for racial equality in Philadelphia, where he organized a boycott of local firms that would not hire African-Americans. Not one to accept the common corporate excuse that no qualified African-Americans could be found for available jobs, he established the Opportunities Industrialization Centers that since 1965 have trained hundreds of thousands of people in the United States and Africa.”

Judge Jane Bolin – As the first African American woman judge in the U.S., she served on New York’s Family Court for many years and worked to stop probation officers from getting skin-color-based assignments. She confronted domestic issues and took great care to focus on and confront issues related to the plight of children. She also worked with Eleanor Roosevelt to create a holistic program to help eliminate juvenile crime among boys. Read more about her in a tribute in the Congressional Record Volume 153, Issue 11 (January 19, 2007).