Anniversary of the First Patent Issued in the United States 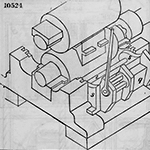 "Some of the greatest leaps humanity has made have been fueled by our greatest inventors, Americans who have changed the course of history with their brilliance and dogged perseverance."

The United States Patent and Trademark Office (USPTO) is the federal agency responsible for granting U.S. patents and registering trademarks. On July 31, 1790, they first opened their doors and issued the first patent to Samuel Hopkins of Vermont for a process of making potash, an ingredient used in fertilization.

Did you know the U.S. government issued 9,957 patents before starting a numbering system?

Patent records prior to 1836 were unnumbered and could be accessed only by name of patentee and date of patent. Most of these patent records were destroyed by a fire on December 15th of that same year and inventors had to provide proof of their patents, or create new patent documents under oath with their original drawings and specifications. These restored submissions were given numbers that ended with “X”. On July 13, 1836 U.S. patent no. 1 was issued to John Ruggles for a traction wheel for steam locomotives. Click on the link below to read about how the USPTO is still searching for missing X-patents. The Search for Lost X-Patents, Source: USPTO, Director’s Blog, Wednesday July 13, 2022

The granting of patents was made a function of the Federal Government by Aritcle I, Section 8 of the Constitution S. Doc. 116-3 (Constitution of the United States and the Declaration of Independence, Pocket Edition) stating, "To promote the Progress of Science and useful Arts, by securing for limited Times to Authors and Inventors the exclusive Right to their respective Writings and Discoveries."

Over the years, the name and agency responsible for issuing patents has changed hands. Since 1925 the responsibility has been under the Department of Commerce, and on January 2, 1975, 88 Stat. 1949 amended the Trademark Act of 1946 and 35 U.S.C. to change the name of the Patent Office to the Patent and Trademark Office. 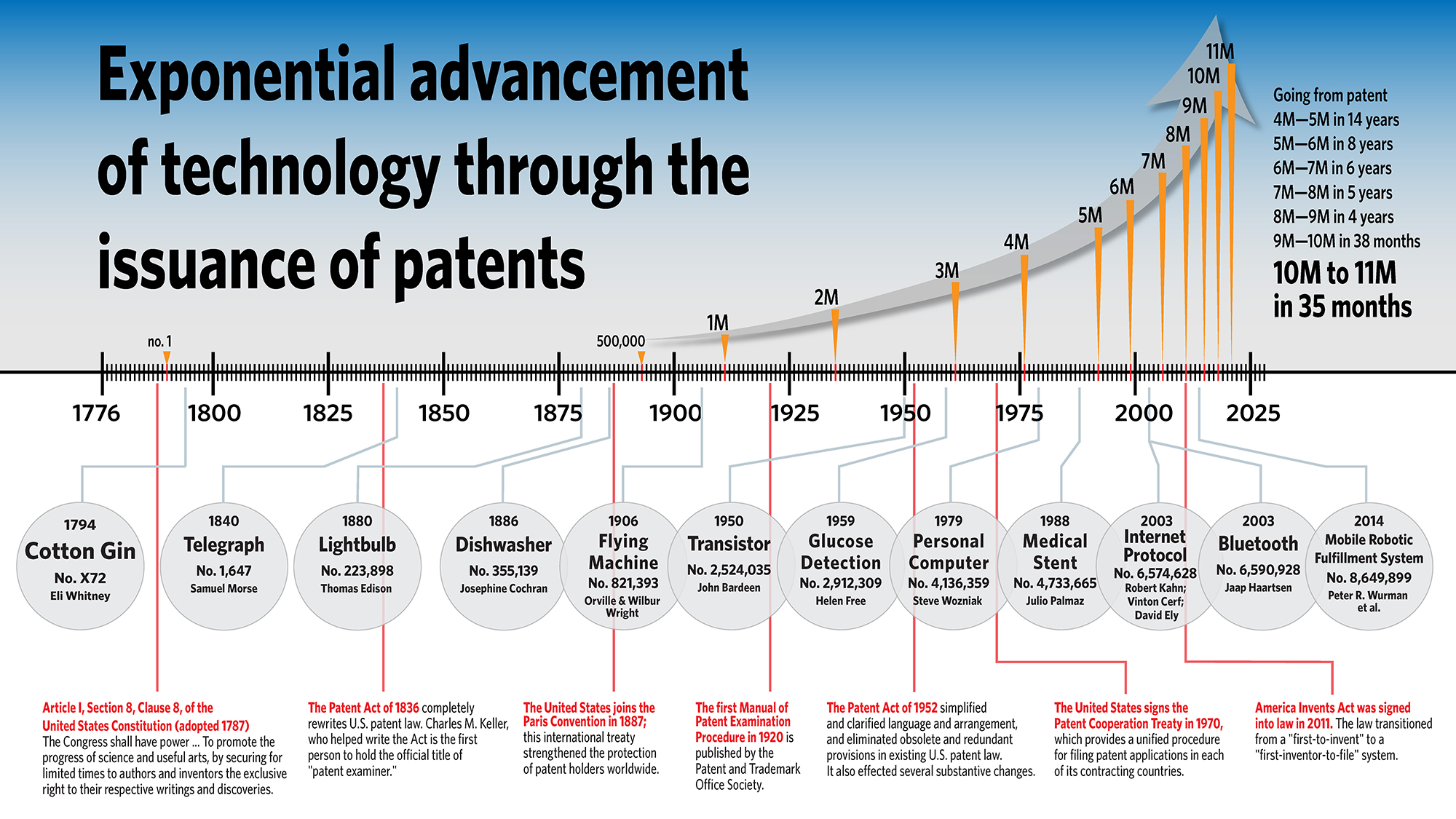 
Check out some patent images we discovered while browsing the Serial Set Browse by Topic - Patents.