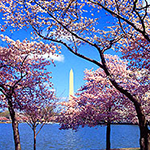 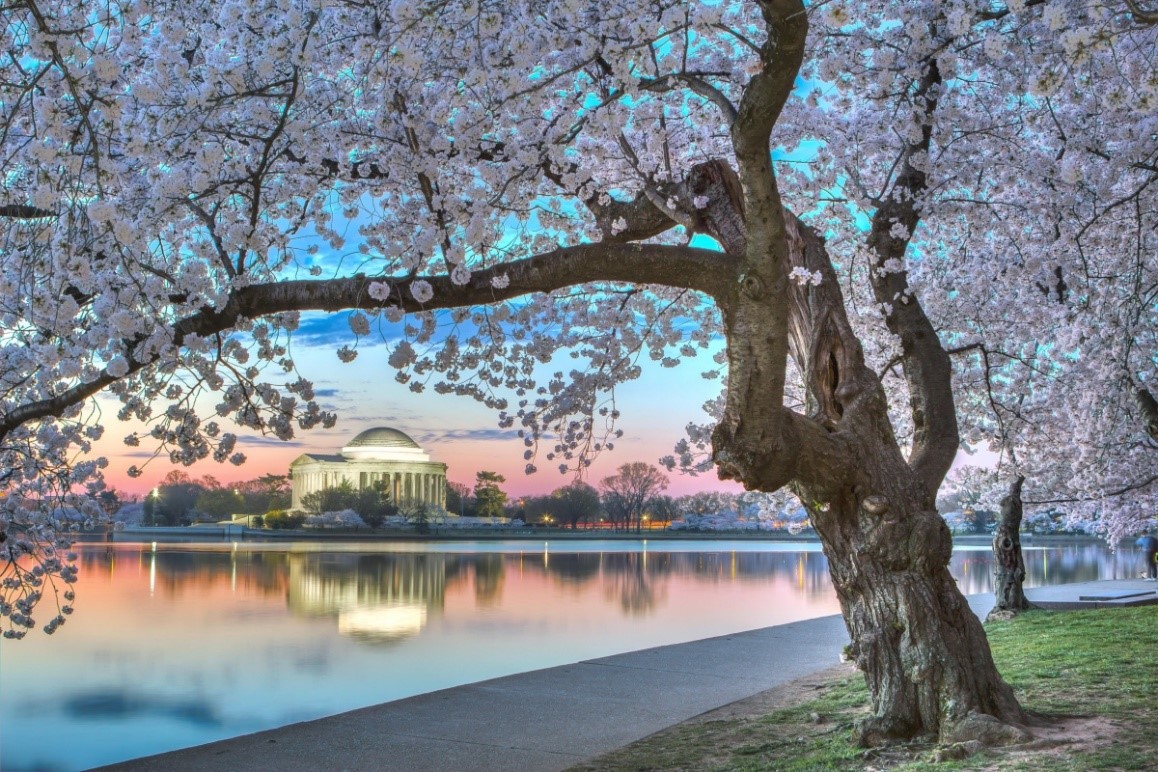 The idea of planting cherry trees in Washington D.C. came from Eliza Ruhamah Scidmore, a writer and diplomat, after a trip to Japan in 1885. She approached every Superintendent of the Office of Public Buildings and Grounds over the next twenty-four years with her idea. Then in 1906, an official from the U.S. Department of Agriculture imported 75 trees and planted them on his property to test their ability to thrive in the D.C. environment. A year later the trees had survived making the experiment a success.

In 1909, Eliza sent her plan to the new First Lady, Helen Herron Taft. She wanted to raise money, purchase the cherry trees, and donate them to the city. When the First Lady learned of her idea, she decided to take up the matter. 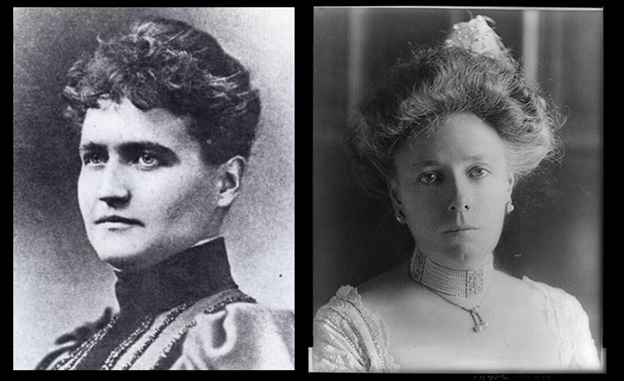 After learning of the First Lady’s plans, the Japanese consul in New York suggested that his government make a gift of the trees to the U.S. Government. That same year Tokyo’s Mayor, Yukio Ozaki, supported the gift of 2000 cherry trees to the U.S. These trees arrived in D.C. on January 6, 1910, but the Department of Agriculture had to destroy them due to infestation and disease. This led to the Plant Quarantine Act of 1912* which was the first legal action taken in the United States to prevent the introduction of pests from foreign countries.

The Tokyo Mayor then sent another shipment of trees increased from 2,000 to 3,020 for goodwill. On March 26, 1912, twelve varieties of cherry trees arrived in the United States. Helen Taft and the wife of the Japanese Ambassador, Chinda, planted two of the trees on the northern bank of the Potomac Tidal Basin on March 27, 1912,. 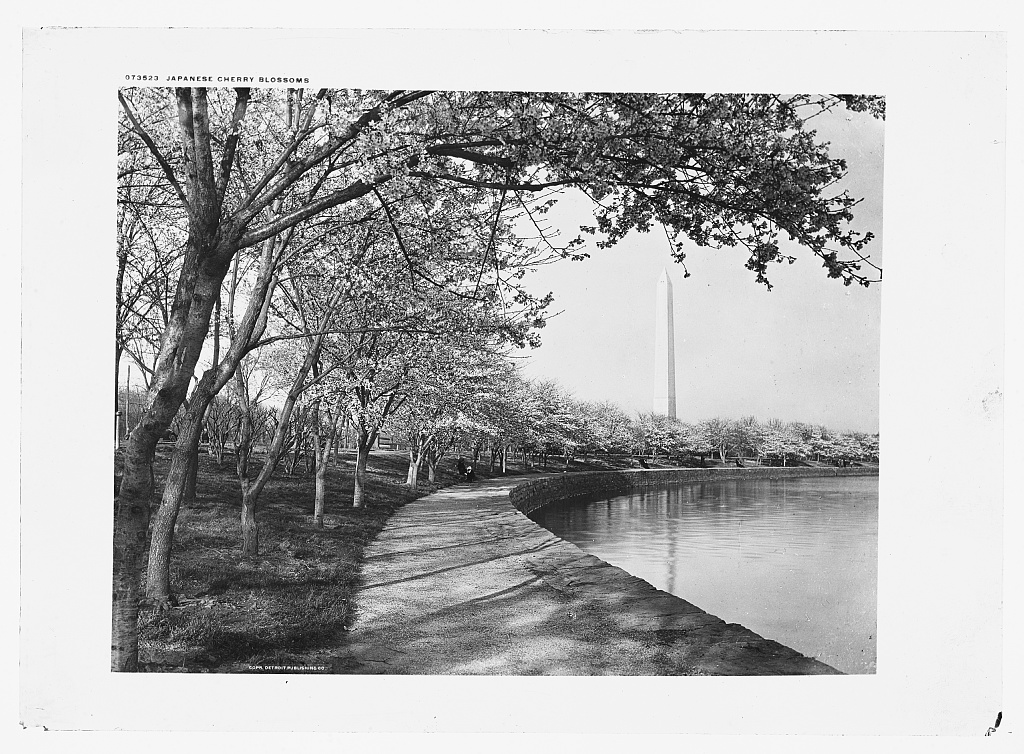 These two original trees still stand with a large bronze plaque commemorating the occasion. From 1913 to 1920 the remaining trees were planted around the Tidal Basin and East Potomac Park.

Today the United States Department of Agriculture and the Department of Interior work cooperatively to maintain the trees. Read more on the National Park Service (NPS) website about the "Cycle of Giving," – how over the years cherry trees were propagated and planted from the surviving trees of 1912 to ensure that the genetic lineage of the original trees continues. The Cherry Blossom Festival became an official annual event in 1935, and it is celebrated to continue the spirit of tradition and cultural exchange of friendship..